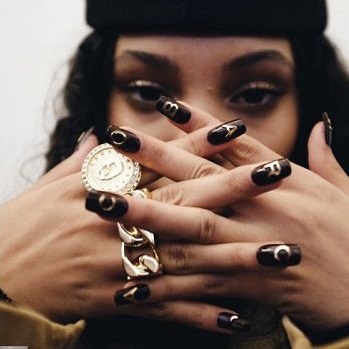 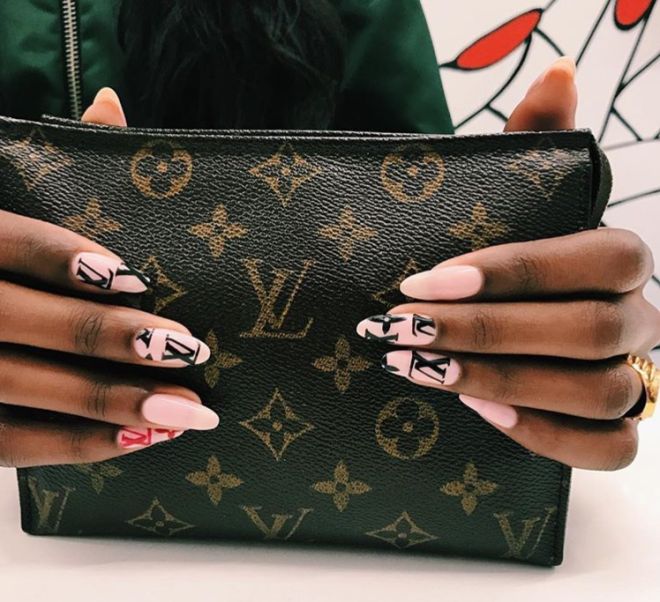 Manicures displaying high-end fashion brands’ logos are well under way to reach world domination in the beauty realm. Ever since nails were decorated with the letters of Balenciaga and Marc Jacobs spelled out on each nail at the runways of the FW ‘17/18 collections, beauty bloggers, nail technicians and influencers alike, have adapted to the fervid occurrence.

The nail expert behind the creations of the Balenciaga nails, Mei Kawajiri, is adding more frenzy to the movement, continually updating her Instagram (@nailsbymei) with exquisite designs featuring logos such as Supreme, Hermes and Gucci. @Imarninails salon in Shoreditch, London, is another nail tech studio that’s participated in the birth of this new formidable trend. Painting logos such as Chanel, Louis Vuitton and Nike.

Even nail pro Madeleine Pool (@MPnails) created pale pink nails with gold-embossed Gucci stickers for it-girl Petra Collins, to acknowledge her as the face of Gucci’s newest addition to the range of fragrances. It’s safe to state that this trend is just getting started… 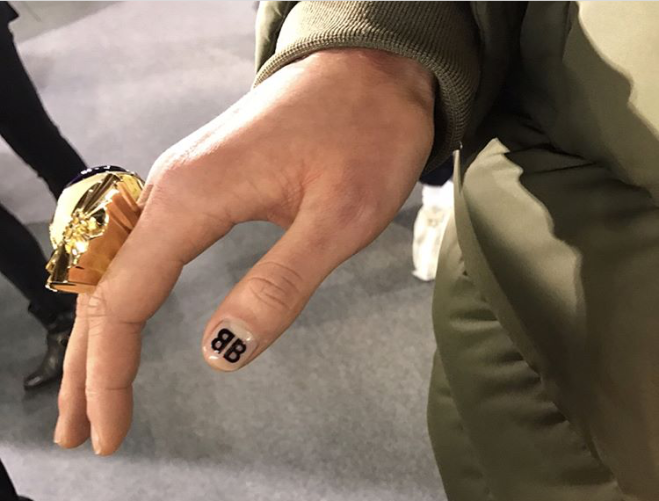 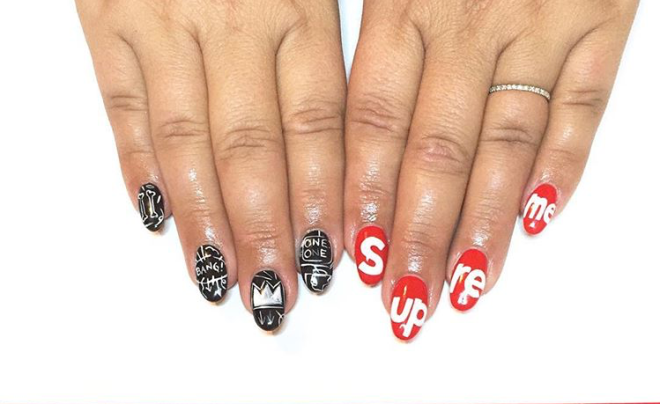 Not just high-end logo designs. We Wore What / Mei Kawajiri

Pictures on Vulgar Beauty are always credited. If the photo is unfairly credited or the owner of the image does not approve of it being used, please contact isabeljarnstrom@hotmail.com.